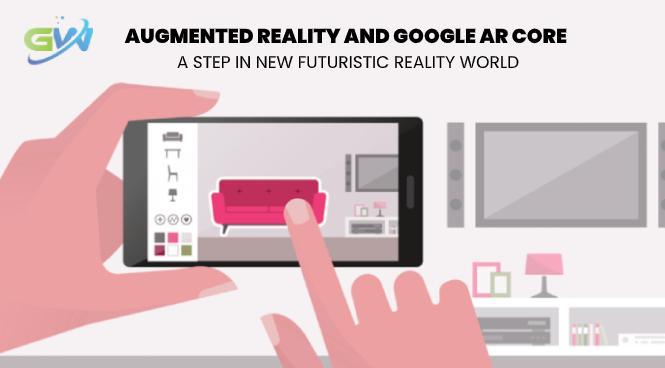 One must not have forgotten the brush with Augmented Reality where the blending of Virtual and physical reality is there, as in the case of “Pokémon Go” the game which caused a worldwide gaming sensation among everyone, no matter one is kid, young or old.

Augmented Reality is a technique where there is integration of computer generated digital information with the real time user’s environment. By using existing environment anew information is overlaid, not like the Virtual Reality where in a total new environment is created.

There is race among the major operating systems, Google and Apple to release the AR features in their operating systems. Few days back Google has released developer’s preview of Augment Reality for its Android run devices named AR Core, and is ready to bring with its whole new AR capabilities to Android run devices.  Apple is not lagging behind and is planning to launch its AR Kits soon as its version o f AR.

Google is currently working with leading mobile hand set and device makers like HUAWAI, SAMSUNG, LG and ASUS to launch their future release of mobiles devices sporting the new released mixed reality contents. AR Core is continuation of Tango AR, as such; there is no need of additional hardware changes for AR Core to function.  AR Core runs on JAVA open GL and Game engine Unity and Unreal.

Use of GPS for tracing exact location of user is included in AR application for smart phones and device orientation is there. AR has uses not only for building games for gaming purposes but it has several uses in real world. One can use to see how the furniture in his house looks like when it is placed in the room without placing it without bothering about dimensions of his room and the furniture, by getting the images from the sellers website and into the devices with AR capabilities and see how it fits in his room.

AR has a great use in military training also where sophisticated AR programmes are used taking help of machine vision object recognition and gesture recognition technologies are used.

Google is launching AR Core in initial stages on Pixel and Galaxy 8 smart phones, but in the near future with gradual increase in smart devices capable of AR capabilities it will  have a reach to 100 million users around world. User can be sure of enhanced pleasure in using the devices and will be winner all the way.