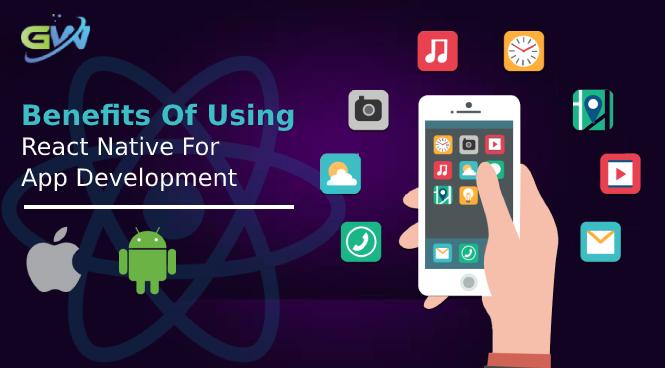 Mobile app development for business has a top priority for almost all the companies in the world. The reason is that mobile app makes the presence of business felt on mobile platform-with an ultimate goal of the business to increase its reach to masses with fast launch time and low development cost. But having all the three elements at one point is not easy to achieve.

Business has to compromise between one element or the other, as it is difficult to produce an app with mass reach and fast launch time as it affects the app quality, and if app quality is to be maintained then the things become costly and time-consuming.

If brands try to achieve all the elements in the app then the choice for app development is restricted to two platforms only i.e. Android or iOS.

Brands that intend to have a single app on both the platform, can have respite in Cross-Platform App Development. To have a native app like feel, there are very few libraries or frameworks are available. Only one React Native app development is best suited for produce best results.

We give hereunder the few of the benefits that Native Mobile App Development provide and why one choose this process:

In React Native Apps building, the component-specific structure enables developers to develop apps with an agile, web-based approach which is missing in typical hybrid apps. The app thus developed in React Native framework has the look and feel, speed, and all necessary functionalities of the Native app.

4. Compatible with Third-Party Plugin: While developing a cross-platform app the biggest disadvantage is that when you are not developing a mobile app for any specific operating system, i.e. Native app development, incorporating of device’s hardware capabilities becomes difficult in the mobile app. This issue is not faced by app development company which build an app with React Native. The React Native library makes use of a number of third-party plugins that helps the developer to incorporate the device in-built elements like GPS, Bluetooth and other components in the mobile app. As the React Native app developers use third-party plugins there is no issue of high memory usage and load speed.