Changes we can expect in Web Design during the next two decades? 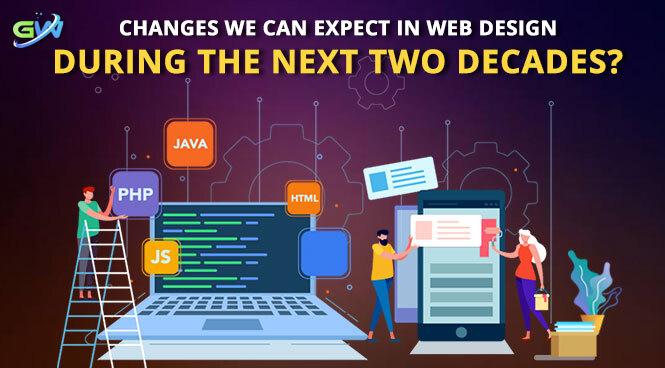 For this, we searched the web for a larger picture instead of what the self-styled ‘futurists’ and ‘thought-leaders’ who just give TED lectures. Here in this article, we present the views of some of the professionals who are doing real-world work and more grounded in their thinking. Here’s what they think will be the future of web design in the next two decades:

The trend of how web systems are created will be redefined, as somewhat that we have seen in the rise of React and CSS in JavaScript in web applications. “CSS in JavaScript is a big shit in how we design apps” as per the engineer from Pusher. We will be focusing on building reusable components to solve a lot of problems. This will pay off with web experiences becoming quicker and cheaper to create.

In past building websites used to be a slow process, very hard to maintain, a lot of skills need to know about the people for whom these are designed.  Now the power is back in the product builders hand with developers tools. Developers tools help us to discover what users need? Which means that less time will be needed in maintaining the applications and more will be devoted to knowing on customers needs. That is what will change in future too…

These are some of the changes that experts expect with future in web design and development in the next two decades. Let’s hope that things will go according to their wishes.

Ganesha Web tech Solutionz is a leading Web & Mobile Design/Development company  +1(408)-372-0967 . We undertake job of developing your business website besides converting your already built business website into a vibrant iOS and Android application with latest features and functionalities. We develop apps and web software solutions with latest technologies for diversified business fields like Car rentals, Music streaming apps including restaurant apps. If you have an idea for your start-up business or your running business and want to get started soon with the mobile app and website development, you can call us on our Mobile Nos +1(408)-372-0967