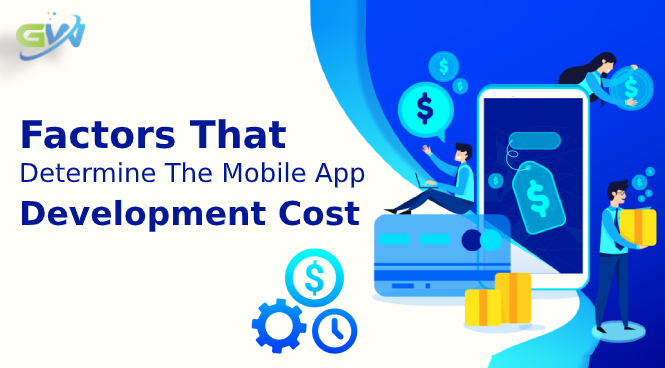 Mobile Apps are one of the best ways to enhance the productivity of a business these days. Mobile apps help to present the services and products of the business be it an Android App or iOS app, or some other. The main motive behind the development of the business mobile app is Profit for the business or something else.?

Then another question that arises in the mind while selecting a specific app development team is the app development cost that the business will have to bear. The Mobile App Development cost, besides another factor, plays an important role in any business. If we believe the available statistics there are more than 3 billion users of mobile apps in the world today. On average people usually have two mobiles one for the official use and others for personal use. But the apps are not same on both these mobiles, while financial apps, business apps are the main apps on the business phone whereas games, movies, music, on-demand services are the major apps that are available on personal use a mobile phone (though there can be more other categories also). Now let us explore how much amount the business spends on getting the Mobile App developed.

To start with, let us see the steps involved in the development of Mobile App

Step No 1: Get the quote from the reputed mobile app developers and teams and compare them. See who is offering the best price with a maximum number of features.

Step No2: Next step is the selection of the platform(s) you want your mobile app to be available in the market. It may be either Android or iOS or Windows ao all of these. The app development cost will increase with a number of platforms chosen.

Step No3: Be clear about the functionality you want your app to perform.

Step No 4: Specify the app’s features as per the business priority

Step No5: Lats, but an important step is to specify the developer to include features that a business app like your business must have such as authentication and authorization etc.

* IOS: Everyone thinks that iOS App cost is more but this is not true. iOS app cost less than an Android App. But iOS apps find their market with the upper-class. So the paid version of the app on this platform is not any problem. The quality of apps on this platform is much better due to very strict guidelines of app development, and moreover these are easier to use for the novice user’s even.

* Android: Countries of Asian subcontinent use the Android OS on their mobile phone. So Asia has a bigger market of Android than iOS. The apps on the Android platform have lower download cost than the iOS apps and also do not need regular refreshment like iOS Apps. Moreover, the Android app doesn’t have strict guidelines for quality as such developers are at ease in developing the Android Apps.

iOS: The cost of hosing the iOS app is very high and can go up to $ 200. Moreover, the number of users of iOS in the Asia Pacific region is very limited. Its main advantage of quality due to stricter guidelines is seen as its main disadvantage as a developer turn more to Android and Windows apps development.

*Android: This platform is least suited for paid apps as users of this platform are from poor countries of Asia Pacific region and they mostly prefer free apps for download. Also, the development time of the Android app is more than the iOS app.

The mobile app development cost will go up as more and more features are being added in the app. The reason behind this is that developer has to put in the number of extra hours to add these features. Here is the list of approximate man-hours spent on the development of various app features.

Bug fixes+ project management and documentation and all collective- 500+ hours.

Moreover, app development cost also depends on whether the app has simple features, moderate or complex features. Simple features are the core features, whereas moderate features include features such as payment gateways, API integration, and back-end -server support. Complex app features have a food UI, multi-language support, Real-time features through the use of the database, and custom animations as well. The features that should be included are categorized as such

Conclusion: I have discussed all the important factors that determine the app development cost. One thing I want to clear here is that there are no fixed criteria to answer this query. The reason behind this is that each mobile has a different set of features, support different platform, use different third-party integration, and user base. To know about the exact development cost of your mobile you can contact the Custom Mobile App Development Company in USA call +1(408)372-0967 and get the fair idea about its development.

Ganesha Web tech Soltuions is a leading app development company USA call +1(408)372-0967 developing apps for Android and iOS platform along with website development. Our team of the professional app and web developers have expertise in developing websites and applications for mobile platforms. We develop apps and web software solutions with the latest technologies for diversified business fields like Car rentals, Music streaming apps. If you have an idea for your start-up business or your running business and want to get started soon with the mobile app and website development, you can contact us and we will be in touch with you and discuss in details your project and suggest you the suitable solutions. We have a long list of satisfied clients with our high quality