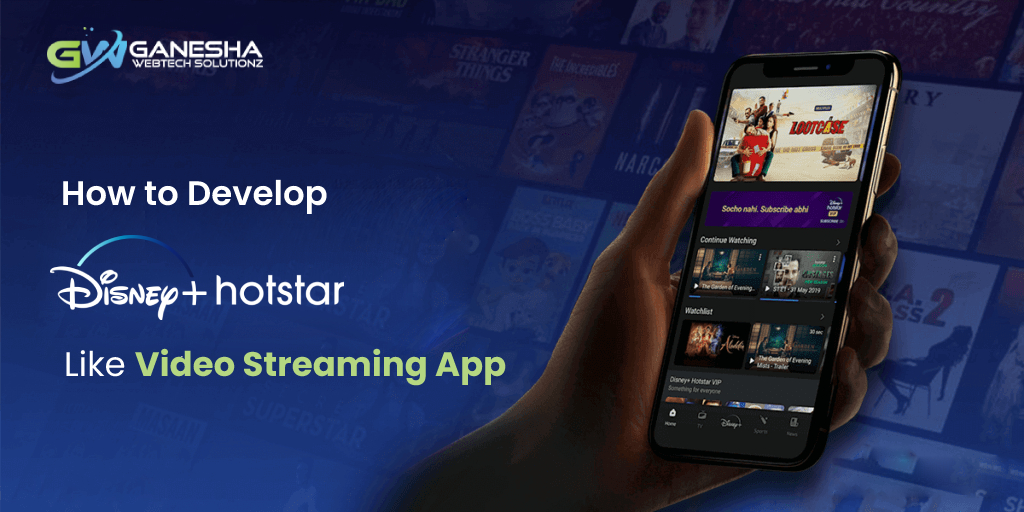 Television as a source of entertainment has lost its sheen. Cable TV is now almost dying as people have shifted their preferences for entertainment to live video streaming, and video streaming apps are the future. The reason behind this shift is that cable TV is showing lot of commercial between the programmes and with the shortage of time and busy life schedule viewers no longer want to see old movies and commercials they have seen many times before. The contents delivered by video streaming live app Hotstar, Netflix and others, are very much popular and are in demand. One can by using his mobile watch his favourite shows on the go, anywhere.

In this blog we will discuss how to develop a video stream app, its market, features and cost involved to develop it and also guide how you can make your video streaming app a big hit like Hotstar, Netflix, HBO, Hulu, and others.

Video streaming app market is growing with a 40% growth year on year basis. Brands like Netflix, Hulu and others are expected to garner revenue of about US $ 70 billion form video on demand by the year 2024.

With demand surge in video-on-demand streaming, many new brands have entered the segment in last some years but only selected one have topped the list of leaders in this field. TV viewers spent nearly 12 billion hours in the 10 video streaming apps in the year 2017. 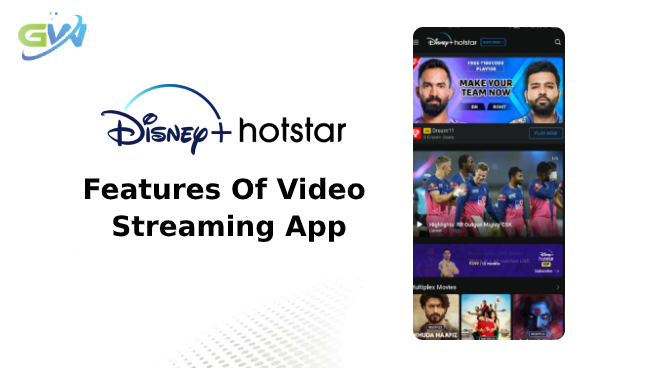 The above mentioned features are not all that is required for a successful on demand video streaming app. Depending on the area where the app is likely to be released and its coverage area; more features can be added as per the requirement. But the next question is how video streaming app developed with all these features is going to earn money? For this we have to look into the monetization model of the apps like Hotstar, Netflix and others.

The apps like Hotstar, Netflix and Hulu work on the subscription based model of earning money. Users are made to pay varying amounts as per the plans they choose and amount varies with number of users of users opting to watch app to the quality of video, like SD, HD and UHD format.

Whether the user choose to opt any viewing plan,  generally the first month viewing is offered free in all video streaming apps brands.  But despite this billion of dollars in revenue is generated by Hotstar, Netflix, Hulu and other video streaming apps.

How to Develop Video stream app

So, when you have set your mind to develop a video stream app the next question is how to develop it? If you have the thorough programming knowledge then you can go on your own. However this is a huge task for single person as it requires a lot of time, and there are some other technical difficulties, so you should avoid it. For example for a successful mobile live streaming app must have a reliable streaming workflow (Video capture, encoding, trans- coding, packaging, delivery, and playback). So the best choice is to contact the best video streaming Mobile app development agency Call @+91-9041506101.

How much is the cost of video stream mobile app

The cost of developing a video stream mobile app like Hotstar, Netflix, Hulu depends upon number of factors- the number of features that are being added in the app, number of platforms that app would work and lastly the geographical location of partnered Custom mobile app development company Call @+91-9041506101 .

Cost depends upon the features whether these are light, medium, or complex and the number of platforms the app would function on. The cost raises as we move from one platform to other, like Android or IOS, or both Android app development and IOS app development and highest if the web is to be added in the mix.

If you desire to develop an on demand video streaming app you can contact Ganesha Webtech Solutionz a Leading App Development Company USA Call @+91-9041506101 .We have the entire necessary infrastructure to develop any kind of Mobile app for all platforms. No one knows that app developed by us for you would be the next sensation in the on demand video Streaming App market.