The reason explained for the growth of Super Apps 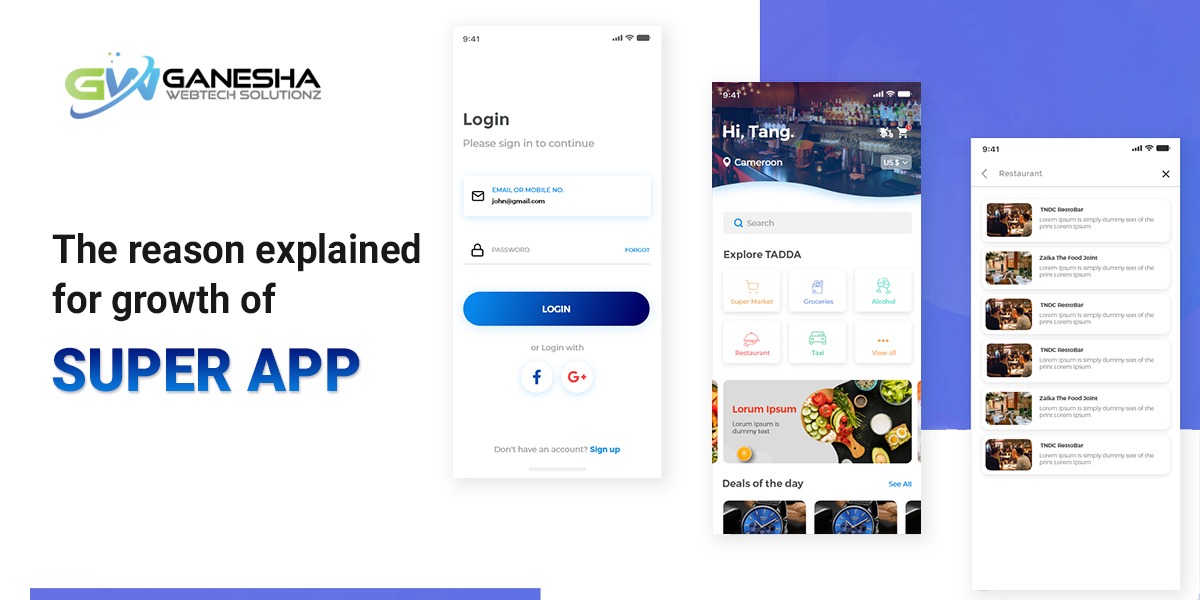 What is a super app?

Well, the definition of a super app changes from people to people and there is no one common definition. But don’t you worry! See what BlackBerry’s founder Mike Lazaridis said on Super Apps, he said, “A super app is a closed ecosystem of many apps that people would use every day because they offer such a seamless, integrated, contextualized, and efficient experience.”

Reason for the growth of super app:

There are many reasons to support the fact that super app growth came in no time. It was something that understood what people need and acted accordingly. That’s the major reason for its growth. Other major reasons for its growth are:

The rise of a super app can be seen by taking WeChat as an example which has almost 1 billion users. The super apps are made to use for your daily purposes. From planning your day to movie tickets, payments, cab booking, all third-party activities are under one roof. Today, the maximum population are using online methods for their daily use. And when they find an application giving them all in one service with protecting their privacy, well, no other reason is needed for its growth.

Earlier there was very limited space for downloading apps on mobile. And having different apps for a different purpose was not in trend. So, one app proving all the services would gain success, which happened in the case of super apps. People find it much easier way to the same things from the phone rather than using their system or cybercafé.

To establish a large distribution base, create an app with a high number of consumer contact points, such as WeChat’s messaging app. Simply combining disparate services into a single app does not result in a successful super app, as WeChat learned when it began its disastrous push into Africa with a ready-made super app. Therefore, first, understand the need of people in that area and then making a super app will provide you success.

A maximum number of Asian countries have many things in common culture-wise. This influences market homogeneity, allowing different firms to operate in several nations around the area and provide unified services. As a result, when supper apps were released, the need for the services they provided soon spread throughout the region, helping to the growth in popularity of super apps.

KPMG estimates that 73% of Southeast Asia’s population is unbanked. The region is renowned for mostly processing internet transactions. In China, for example, there are few spots where you can pay with a credit card, but all businesses accept payments through WeChat and Alipay. This emerges as another major reason for the growth of Super App.

Any country government would love a method to connect with their vast population digitally. Well, super apps featuring multiple third-party’s activities and services was one such way to do that. Because of this, the app got government support. Once an app is recognised by any government, it automatically becomes popular and sees greater usages by the public.

Further you can hire top application provider and they can give you all the information regarding how to build a super app.

After looking at the growth, one can see that it future of super app is as bright as the sun. With the increase in population and technology, there will be growth in these apps. Like us, Ganesha Webtech Solutionz, have many clients who are satisfied with their app developed by us.

You can get to know how it is created and benefits of Super app here. Keeping the need of people, and the demand, we help to develop apps with greater technologies like online food delivery app, car-service app, grocery app, etc.