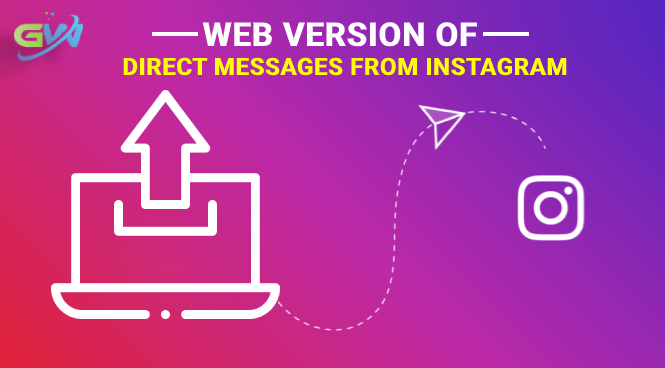 The Photo and video-sharing social networking service owned by Facebook is now testing internally web version of Direct messages. This is good news for Insta-chat addicts and a time for them to rejoice. Now Instagram users can soon be trading memes and emojis from their computer also with the use of mobile.

Instagrammers can send their private messages to other Instagrammers probable through use of a desktop or laptop computer or MAC, a device that is not Android or iPhone.

The web version of Direct Messages from Instagram could make Instagram more complete SMS alternative rather than a simple function of the application to discuss photos and videos among its users.

Messages are a great driving force of engagement that frequently draws people back to the app as they know that their friends can receive their messages anywhere in the world. Facebook started the chat function on the web before it migrated to telephony and getting its own Messenger app, and WHATSAPP also launched its web version in 2015, followed by desktop clients in 2016, it makes a sense that Instagram also covers the web now.

With testing of the web version of Direct Messages by Instagram, it is going to pave the way of upcoming unification of Facebook back infrastructure for Messenger, WHATSAPP and Instagram Direct, and should expand encryption to allow chat between these applications.

The Instagram began testing a standalone Direct app last year but officially it is yet be launched and from reports, it seems that it is not exceedingly popular.

The web experience of Instagram has long lagged behind its native apps. One cannot post Stories from the desktop like that one can be posted with Facebook Stories. The only features added in 2016 are Notification on the Web and in 2017 the Explore, pus some other features.

Instagram never provide a statement on any internal features in development unless they are being externally tested on the public, and always come up with a comment to tell that “we are always testing ways to improve the Instagram experience”.