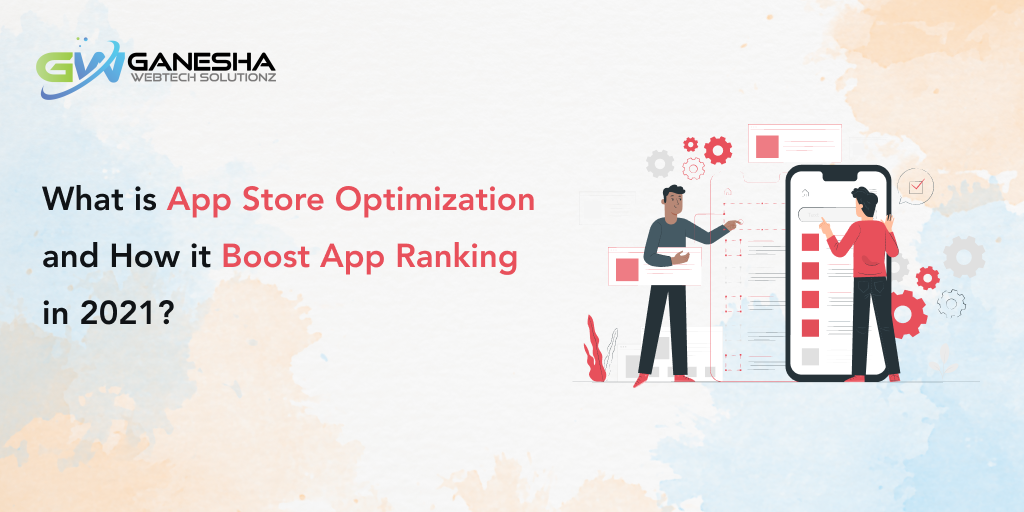 In today’s app market, where there are more than 4 million apps, the competition to get an app noticed is fiercer than ever before. There are so many apps to choose from that it’s nearly impossible for a newcomer to stand out.

To stand out among the millions of other apps in the app store’s search results, your app must be compatible with the search algorithm. Your app will get more downloads if it has a high search ranking because it will be seen by a wider audience. App store optimization has many advantages, and these advantages help developers find the best ways to market their apps.

As per a study, ASO is responsible for 68% of all new app downloads. You gain the following advantages if you use it correctly:

The most common method of discovering new applications is through search engines like Google. People are looking for a specific app, and that’s the most important thing.

As a result, the first step is to conduct market and audience research. Find out what users want and how they act. By getting to know your customers, you can gather the information that will be useful when creating app content. Observe how the app is discovered, what language the user is speaking, and more.

The name of an app is extremely important when it comes to implementing application store optimization techniques. Additionally, the app store’s search ranking is influenced by the product’s branding.

You should conduct thorough research into your target audience before deciding on the name of your app, and it should be a combination of a high-volume search term and the brand’s identity.

For the app name, here are some additional suggestions:

Mobile app SEO optimization relies on keyword placement to aid the app store algorithm in finding the app and boosting its search ranking. However, if you use the keywords incorrectly or excessively, this will only exacerbate the situation.

To get the best results, you will need to know the proper use of keywords in your description and title. When it comes to keyword inclusion, Google and Apple take distinctly different approaches.

The app is scanned by Google to extract relevant keywords using a more modern type of SEO technique. It gives you 400 characters to describe your app in plain, user-friendly language.

Avoid keyword stuffing and write from the perspective of the customer, sprinkling in keywords where appropriate.

There are only 100 characters available in Apple’s keyword field, so use them wisely. For this reason, it’s important that you use these 100 characters wisely, backed up by thorough research, throughout the text.

The ‘Optimization of Keywords’ is even more critical than the ‘Placement of Keywords.’

If your app is still in its early stage, you should focus on keywords with low search volume but some level of popularity. This strategy will help your app get off to a good start. Once the app has gained some traction, it’s time to focus on app store keywords that are more widely used.

Apps that don’t change or offer something new to their users are despised by all. Even social media giants like Facebook and Instagram are constantly updating their apps to keep their users engaged.

For the entire series, you must update your app with new features and options regularly. Your app’s downloads will rise as a result, which will help you rise in the app store’s rankings. In the case of a gaming app, try to add new rewards.

It also attracts the attention of the Apple and Google teams in their respective app stores when the app is updated. Apple also wants developers to quickly adapt their apps to the latest App Store policies; otherwise, the app will be immediately removed from the store by Apple.

ASO’s success relies heavily on customer feedback. Users’ feedback is taken into account by both Google Play and Apple. Apps with higher ratings appear to be more relevant and are ranked higher. The App Store’s ranking algorithm is heavily influenced by user reviews.

ASO is influenced by the quality and quantity of positive reviews and ratings. So, make sure you do proper research and develop an app catering to needs of the modern user.