Why PHP-7 is First Choice for Web development 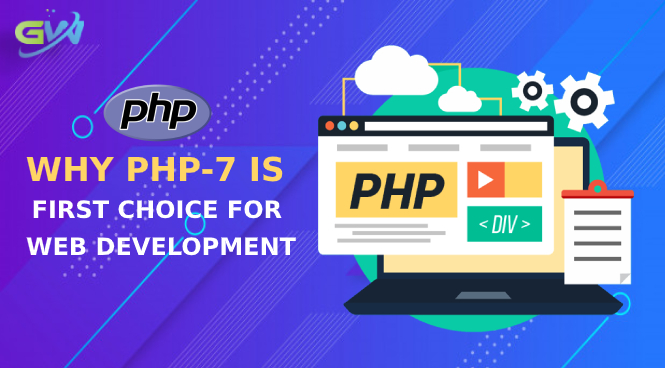 Nowadays web developers choose PHP as their main programming language for web development. It is extremely popular among web developers and they love to develop their projects in the PHP framework. The reason behind the use of PHP-7 by web developers is that it makes the web development a whole lot better Though PHP language was developed in the year 1995, the latest version of PHP-7 has brought stunning performance improvements and Quality Assurance Practices. The new version of PHP-7, 7.2.12 released on Nov 18, 2018, empowers the website and web applications with the help of its rich bundles of features and has helped it to reach new heights of popularity among the web developers across the world. With better error/exception handling, 64-bit support and less memory consumption have made it a popular choice for website development for smart devices.

In this article, we will discuss in details the reasons why PHP-7 is popular among web developers and why they are anxious to develop their nee websites developed on this framework.

Most web developers love the upgradation of PHP and especially PHP 7 due to its features that are in demand for faster web development in a modern era of web development like Block Chain, IOT, VR, AR and many more. Ganesha Webtech Solutionz is a leading Professional Web Development Company USA Call (408)-372-0967 engaged in Web design, Mobile App Development, and online Digital marketing. As a leading developer, we value technology innovations, life long learning and adapting to change to achieve operational efficiency. We always maintain the highest standards of work, we undertake to deliver to our clients from across the globe. You can contact us for any new website development or making changes in your existing website or upgradation of the website to PHP7 or Mobile app development Company without any hesitation. We assure you of your full support to take your business to newer heights.